It is time for Cool and Collected's Pop Culture League Challenge! This week's Challenge is:

Pop culture’s peacekeepers of the future.
This was pretty easy. Originally I had a Steel Brigade Trooper from G.I. JOE and Batman Beyond on the team, but they didn't make the final cut, so lets call them reserve members!

So when Aliens, Predators, Terminators, and those pesky aliens from The Simpsons decide to wreak havoc in the galaxy, Who do you call? 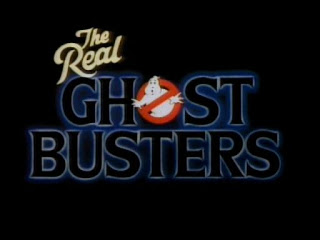 No, not those guys! 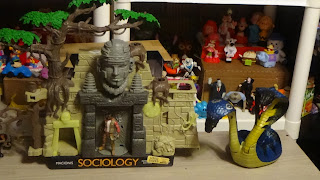 Settled in the Amazon in the year 3008 and watched over by William and the serpent hydra Heidi is the base of the Space Marines! 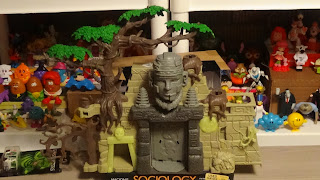 They chose this ancient building as it conceals a portal to other planets. 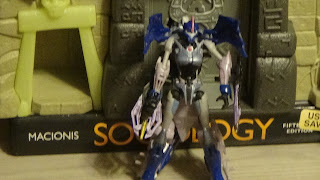 Their Leader is Arcee, a former Autobot, she disagreed with Optimus that it was pointless to believe in humankind. After the Decepticons were destroyed, the Autobots left and Arcee stayed! 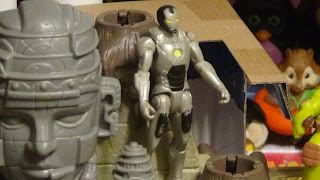 Iron Man! No one knows who is in the suit as Tony Stark has been long dead. This version of Iron Man though might be more machine than man and it is possible that he might be Ultron! 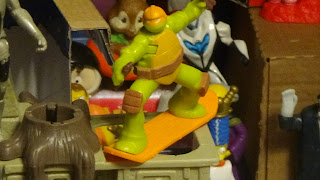 Plucked from 2008, Michelangelo, is one of 3 team members that is new to the future! His teammates are trying very hard to keep him from seeing about his future as that might change history as he has yet to meet April or fight Kraang in 2016! 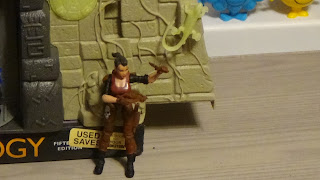 Puma is from 2018 and betrayed her team when she realized that she was really a hero. Arcee plucked her from the timeline to give her that chance as the heroes of today would never trust her! 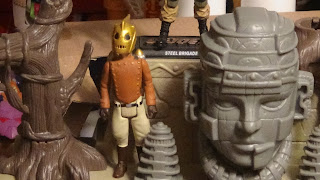 Probably the most confused is the Rocketeer as he is really primitive in terms of the others but with a few upgrades, even he is a great asset to the team. These are the Space Marines! Pop Culture's peacekeepers of the distant future!

Like my take on this week's league topic? Then why not check out my fellow member's takes?
More to come soon....????


Also all month long I am reviewing the daily items from the Lego City Advent Calendar! You can check them all out HERE!
The Pop Culture League