Last year I got the Mummy and Skeleton army sets from $ General. This year a new set was released: Zombie Pirates! I usually stay away from Zombies but as I had the other 2 and it was just a buck I was like what the heck? Unlike the previous ones these feel very flat and aren't as nice as the others but at a buck they are still great and look great with the other sets as seen below (the blue skeleton isnt a part of these and was found at Goodwill one year but looks great with them!) 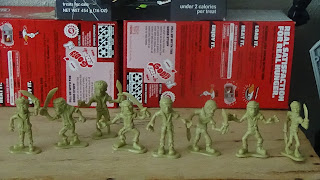 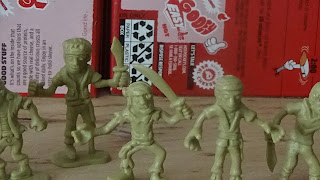 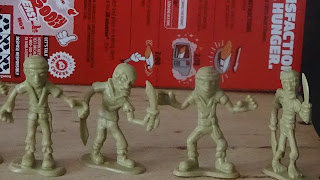 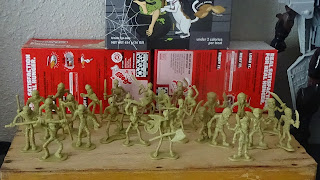 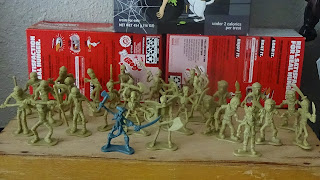 I also bought a pack of $5 candy at $ gen and the Hershey bars looked like this: 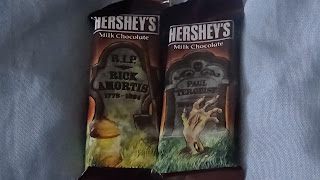 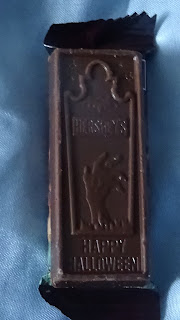