Posted by Alexis Skrull on November 28, 2016
After 9 years, The Gilmore Girls have returned! Thank You so much Netflix!

My ex loved the Gilmore Girls and once they had died, I started to watch it to honor them. That is when I realized that it was not half bad. I soon bought the first seasons and now I own all but one season. THe whole series is currently on Netflix. 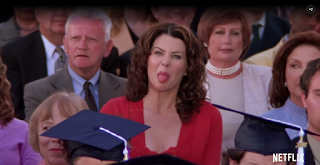 Truth be told it is due to the fact that it is one Netflix that we can now enjoy 4 new adventures! 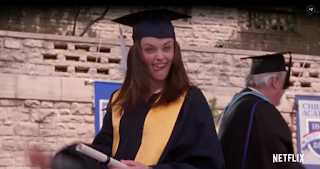 Gilmore Girls: A Year In The Life is what Netflix is billing as a 4 episode event! In reality, it is actually 4 all new 90 minute movies that make up a full year of the Gilmore Girls life. This "event" brings together almost all of the surviving members from the show. In fact only ones that make no sense to return aren't back. The first movie is "Winter" and starts off with all these lines from the original series and the last line is Lorelai saying "I smell snow!" This is big as in the series, we learn that she not only loves snow, but can sense it. Soon we see her at the gazebo and is soon greeted by her daughter Rory, who is only visiting for a day.

One ongoing gag in the film is Rory's boyfriend, which I forget his name and that is fitting. Seriously though his name is Paul. The reason that I made that joke is literally everyone forgets him, even Rory! She is at her mom's with Luke and he shows up and she forgets that she invited him. Luke could not only not remember his name but whole conversations, same with Lorelai. in fact, Rory forgot their anniversary I believe. The next day, she and Lorelai go to Luke's Diner and he shows up and they realize that they forgot all about him being at the house. Then he goes to the restroom and they leave him. Rory then runs back after remembering and gets to their table before he returns. This was seriously not only making me crack up while watching it but as I typed it here.  This alone is worth watching "Winter". 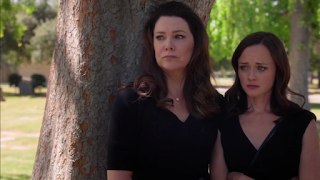 The cast that we remember from the show in "Winter" is Lorelai, Rory, Emily, Paris, Michel, Miss Patty, Luke, Taylor, Kirk, Logan, Lane, the town troubadour, Jason Stiles (an ex of Lorelai's and ex- business partner of her father Richard). Other memorable characters return as well in the other episodes like Jess (Milo Ventimiglia), who is in a couple of them. 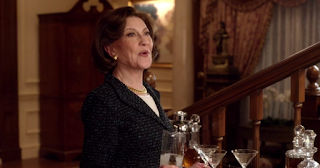 I won't get into much detail of the movies due to not wanting to spoil them that much. 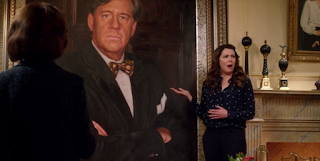 One thing I loved is how they handled Richard. Everyone knew they would deal with his death (Edward Hermann died a couple of years ago), but even though he is gone, he was not forgotten. In fact, the main reason Lorelai and her mother Emily have a rift between each other is resolved in the final movie. 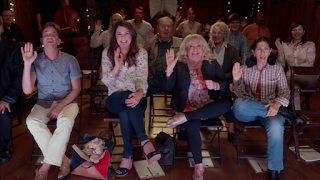 I loved how each movie could for the most part stand by itself, but they also continued into each other. It felt so organic and like we really were living a year of their lives. 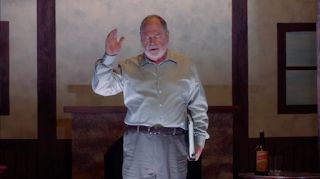 I feared the direction it was going but in the end, it all worked out so well. It also ended off in a cliffhanger that will probably never be resolved and that is how the creator of the show wanted it. 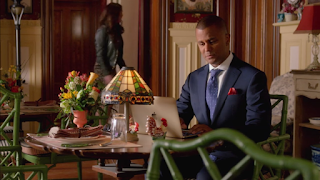 Of course I am speaking of the mythical "Final 4" words. First, a quick information. Ten years ago after Amy (the creator of Gilmore Girls) and her husband left the show after 6 seasons, she said that it is a shame because she had always know what the last 4 words of the series would be. While I will not say what they are (and please don't in the comments below as I am trying to respect those who have not seen it yet), I do want to say how I felt about them. Cassie had looked them up before I finished the show after I casually mentioned the mythical 4 words, I call them mythical because they have grown so big over the years that no matter what people would be disappointed. Cassie said they made sense and I agree with her. Many fans guessed them and the truth is they work. The way this show was, it all felt right with those 4 words. 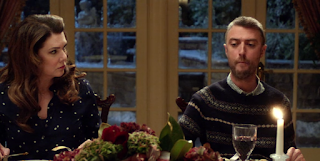 Back to the rest of the event. I read one article that said flashbacks were used and it made it feel wrong. Say what? There was ONE flashback and that was the day of Richard's funeral, and it was necessary as it happened 4 months prior. In the actual series, they just explained the story but I felt showing us this day was necessary and important and not jarring or confusing at all. 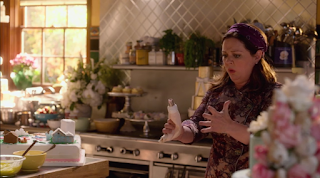 In fact, any other "missing parts" were just explained like Sookie's disappearance. 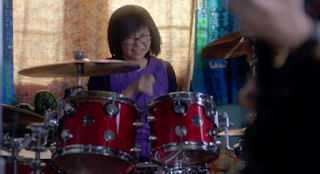 By the time the year is up, the 5 major characters in the event (maybe 6) are in the places they should be. In fact for the Gilmore Girls themselves, major things have changed in their lives. Rory finally realizes her place by writing a book (won't spoil anything else about that), Lorelai makes a decision about her future with Luke, and Emily makes a decision as well. 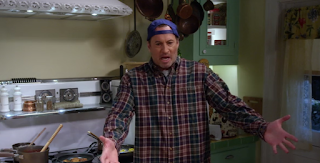 Back to Rory, I had a bad feeling about her once I heard that all 3 of her exes were returning. As I said, she was dating a new guy in the first movie, but she is cheating on him with her ex Logan. Whats worse is that he is engaged. Jess returns to help Luke save his mother and father in law (Lukes sister and brother in law) from a vegetable cult. He in turn helps to get Rory out of her funk. Dean is seen at Dossie's Market (where he worked) and we find out that he's married (maybe still, can't remember if he divorced his wife in the last season) and has kids. After a great bit of closure, he walks to the door and she is like "Dean Corn Starch" and he smiles saying "Pay for it this time." The joke is that she stole a box by accident after their first kiss in the very first season! 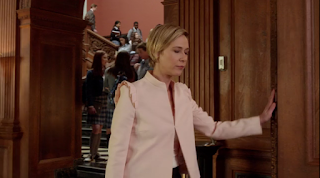 Paris returns and she is as neurotic as ever. She is only in the first two films but she is great in them. She is now in charge of a fertility company that Lorelai and Luke go to. She also traumatizes some high schoolers in the second movie when she returns to Chilton to speak. By the time Summer is over (the third) Lorelai gets to a point where she needs to think. This is where Fall starts and it was slow at first but this ended up being my favorite of the 4 as it felt right. 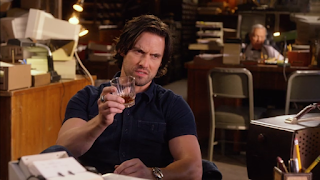 By the time it is all over, you do feel like there is finally closure. THIS is how Gilmore Girls SHOULD have ended and I am not one of the ones that hated the seventh season, I actually hated the sixth honestly, I know shocking. 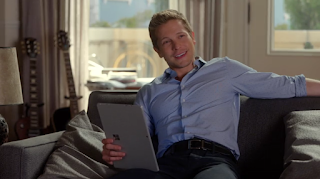 Aside from one of them (Summer) being filled with music (a musical called Stars Hollow: The Musical is being performed), these were great films. So much so that I am not sure that I want any more. Sure I would be excited if Netflix orders another season of Gilmore Girls (or movies) but on the other hand, with the exception of the cliffhanger ending, we have great closure. Regardless, I recommend this to anyone who wants to see it. Yes there are a few spots you might get lost at if you have never seen the series but for the most part they explain EVERYTHING knowing that new viewers would be jumping aboard and going to visit Stars Hollow for the very first time! Although I am torn as I said, I kind of hope this is not the end and that we will once again return to Stars Hollow! 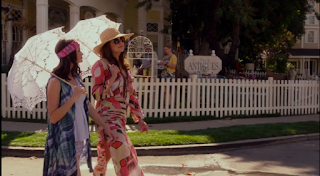 The 100th post is on the 30th and to celebrate, there will be two posts that day (the 101st), then beginning December 1st get ready for 2 posts per day: everyday at midnight and noon all the way until Christmas Day!
Gilmore Girls Netflix Original