POP CULTURE LEAGUE/31 DAYS OF HALLOWEEN: ARE YOU SCARED?

It is time once again for Cool and Collected's Pop Culture League Challenge! This time around it is once again Halloween like.

What frightens you the most?"
Well, last week I mentioned two of my fears right here! I have a fear of zombie's which has gotten better in recent years, ever since I discovered that it was caused by my fear of death! That would have to be my greatest fear. It is a fear that I have had ever since I was a kid. It got even worse after I lost my grandparents on my dad's side, my grandpa on my mom's side, my mom, her mom, my uncle (my mom's brother), my sister, friends in San Francisco, and the love of my life! All of that in just 38 years :( No wonder I have issues with death.

I also have a fear of heights but only when not enclosed. I can look out windows, over railings, etc. But it is an issue with no protection or on a ladder!

Another fear would be a really common one: 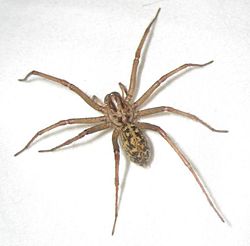 Yep I have a fear of spiders. What is odd is I have no fear of their close relatives: 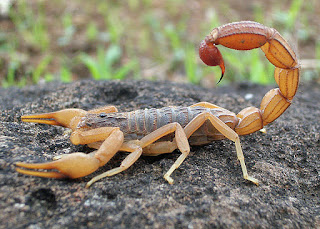 In fact, I think they are cool. I even used to sword fight with them as a kid with a twig. It helps that in Georgia where I grew up for the most part, they are not dangerous and can only get you sick.

Another fear, I have begun to conquer. I can now touch them if I have to and get close to them, but I used to be terrified of these believe it or not! 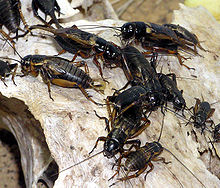 Turns out it stemmed from a traumatic experience that I had as a baby. Once I figured that out, the fear, like zombies, became manageable.

So there is a look at what scares me the most. Now that I spilled my guts, why not check out my other League members' fears?

Brother Midnight over at Green Plastic Squirt gun has multiple fears like me and did a top 5 list!
Mr. Smith's Plastic bubble is afraid of bills and much more!
Big Tone  over at 2 minute toy break is afraid of nightmares!
The Toy Box is scared of Thriller!
Mason over at D.I. Treasures is scared of a creature from a book (I am reviewing some of the stories in it but probably not that one) that I'm reviewing next week!
Ta zombies! Freddy! and more over at 20 Years Before 2000!

My very good friend Cassie, talks about her fears over at Cassie's Library in her second League post!

*All images (except for the POP CULTURE LEAGUE logo) are from Wikipedia.
The Pop Culture League