Posted by Alexis Skrull on September 19, 2016
Sorry I am so late posting this tonight but I am sick :(

So this week's Pop Culture League challenge is:

“If aliens visit us, the outcome would be much as when Columbus landed in America, which didn’t turn out well for the Native Americans.” –Stephen Hawking
Like many of my fellow League members, I was scratching my head. Of course the one that is vague and mkes you think is when I am sick. lol.

So if they are nice like E.T.? Yeah we would experiment on them and treat them like animals. :( As a whole the human race is to afraid of what it does not understand. In Star Trek, we welcomed the Vulcans. Sadly the real result would probably be the Mirrorverse version of us attacking them and that UNIVERSE IS PRETTY MESSED UP! 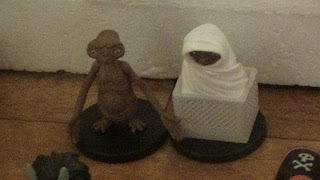 If they were like these guys, we be dead. No way we could stop them, I mean between the cloaking abilities of the PRedator and reproduction habits of the Alien, no way we win. 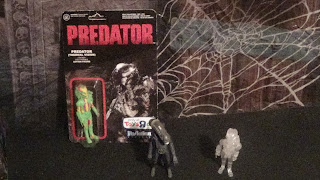 However if we get these Aliens, due to the ability to disguise or act like a human created robot we might not even know they are here. Then there is the issue of the aliens themselves, what if they bring viruses that kill us? Many Alien species have died in the movies due to human viruses like the cold but the reverse COULD happen as well. Well, that is my take on this week's challenge! 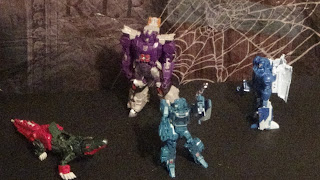 And remember last week when I mde a temporary display for my blind bag figures? I liked it so much that I made a permaneant one and as you can see, added new guys to it :) 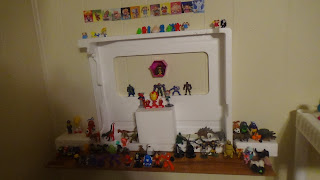